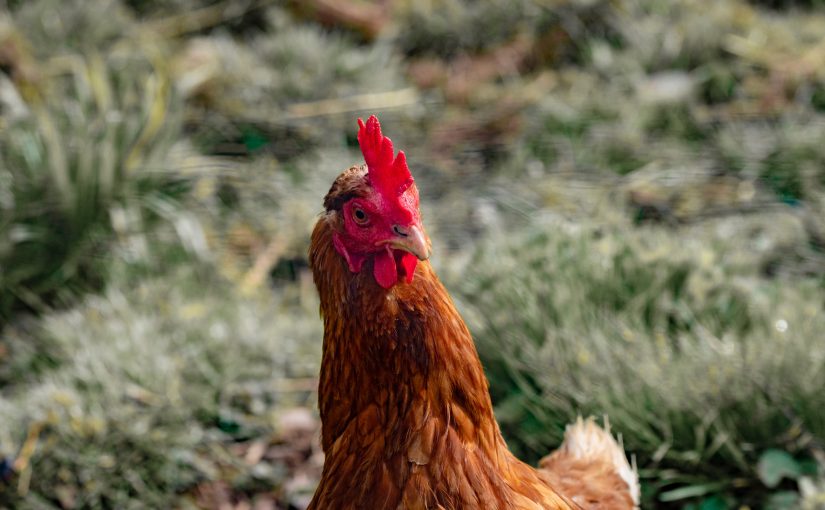 Sweeping Chickens off the Porch; Gratitude

A hen pecks near the base of the washing machine, one of two sitting at the edge of our driveway. Both, along with a single two-decade-old dryer, stand like rusting white sentinels at their ill-chosen post. If I am going to be totally honest here, I must confess that the trio irritates the hell out of me, as does the chicken poop dotting the walkway, the steps, and the worn porch. But somehow the discarded machines lined up in the driveway bother me the most. Occasionally, I’ve deposited bags of household trash on top of each washer, a not so subtle hint to your father that the entire lot should be carted off to the dump. Yet the washers remain where he left them. The bags are gone, as are the boxes of collected household recycling. It baffles me that he can’t see it.

I watch the hen for a few more moments. She seems happy in her foraging, her contentment a sharp contrast to my present mood. I stalk back into the house.

Our house. Where do I start? And where are you in this essay? I think at this point, son, you are in middle school and are just now beginning to compare your family’s net worth to other families who homes you visit.

Once grand and with bones that are still sound, the aged Antebellum landmark we reside in is known to everyone who has lived in this area. But appearances are always deceiving. What they don’t know is that we don’t own this grand old house. We rent it. And the rent is cheap for a reason.

The windows rattle on windy days, there’s a good bit of water damage, the wiring is hodge-podge and highly questionable, most of the plumbing in the house is backward, there is little to no insulation, and mysterious critters have now laid claim to the second floor. Thankfully, there is a line of demarcation and it ends at the top of the stairs. The first floor is ours. The entire house is of course too expensive to heat and air-condition, so we have always closed portions of it off. We have learned to ignore the things we don’t have the money to fix. We live shabby chic. It’s a thing. Some people pay big bucks to attain what we have stumbled upon by necessity. But I’m getting ahead of myself. This is about the fact that the proof of the crumbling insides of our house has taken up residence in the driveway. My life does not feel magickal at this moment. I feel like I’ve become the person with the ratty porch couch. You know the ones. The same place that has the rusted car half-overgrown with weeds. Oh yeah, we’ve got one of those too. It was a project that never got finished. Lack of money, if I recall.

Lack of money. Poor to some, but I prefer the term broke. You see poor is a condition and de-moralizing, but broke can be fixed. Broke has hope. Of course, it helps if you can see the world as a Buddhist might, or as a witch might if a Buddhist isn’t around. Did I mention that my husband is one? A Buddhist that is. Which is why the discarded washers and dryer doesn’t bother him. He knows there residence in the driveway is only temporary, for all things are temporary. Perhaps the hen knows this as well. One day the white sentinels will be gone, and the bugs the chickens’ hunt will have to find another place to take refuge.

I think I feel better. I sometimes forget that many years ago I stepped off the path that most would consider normal; college, career, home ownership, and debt. I confess I sometimes lose my gratitude for the things I do have; family, friends, love, humor, health, and fresh eggs.

One day son, you will look back on this big drafty house and smile with gratitude. Or at least I hope so.