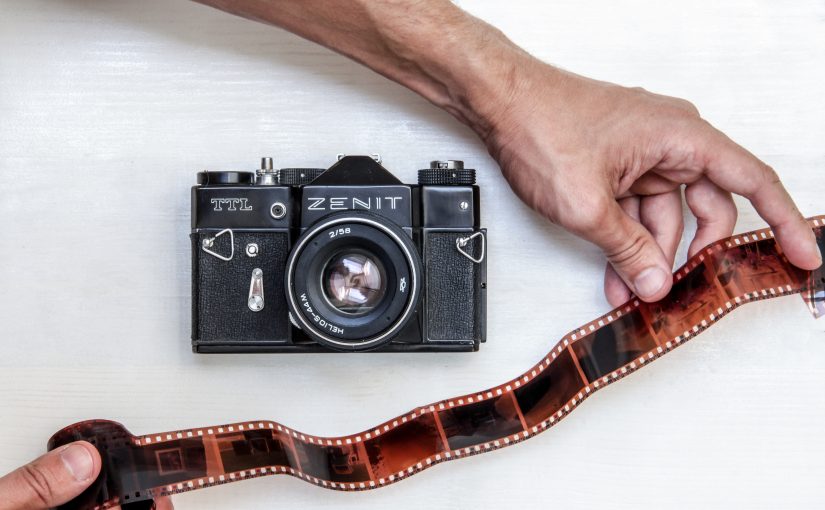 Chemicals in the Kitchen; Taking Risks

If you don’t mind, son, I would like to point out few threads I discovered as I mapped out this series of essays. The first trend I reveal to you must be laid at your father’s feet. From your earliest memory, you have heard him accuse me of painting in a ball gown and boots, but here I will set the record straight and tell you that I learned how to be possessed by an idea to the point of insanity from him. He was the initiator; I simply followed his example. My first exposure to this all-consuming phenomenon was chemicals in the kitchen.

If you recall, your father owned a small café on Main Street named the Horse and Hound. He was the chef and me, one of the waitresses. We had a loyal following and did a decent business; enough to pay our paltry bills. At that time, I had no idea how quickly your juggernaut father could switch directions. So, when he and I began developing black and white photographs in the kitchen after hours as a hobby, I had no inkling it would lead to the hastily conceived photo lab.

As I recall, your father was snap-happy for two solid weeks. This coincided with the Atlanta Olympic Games where he burned through fifty rolls of film in just two days of dressage competition. We didn’t have the option of using a digital camera back then. They were cost prohibitive and the technology still too new for the masses. We also didn’t own a cell phone, but that’s another story.

As a trusted member of the newly forged team we had become, I helped him set-up the equipment, select negatives, pour chemicals, crop, and time the developing prints. The chemicals were corrosive at best and the fumes were intense. We slept very little during those frenzied days. And to my memory, he lived and breathed photography for no more than three weeks before he showed me an ad for a minilab. Two weeks later, we bought Bertha, rented an old gas station, and set ourselves up in business.

Bertha, the photo processor, was two generations removed from the latest technology. She required constant care and your father rebuilt her more than once. No one in his or her right mind would attempt to turn a hobby into a business overnight, but we were riding high on his enthusiasm and persuasive talent, and I was too blissfully happy and high on developer fumes to think to suggest caution.

Saddled now with two businesses, we worked Fotoworks during the day and the café at night. Our only concern at the time was that I had become pregnant with you. Your father’s cousins had been raised during the years Aunt Pat owned and ran a restaurant on St. Simons and your father didn’t think his cousins had turned out for the better for the experience. So, when my pregnancy became pronounced, he wanted to avoid his Aunt’s past mistakes. Nearly overnight your father abandoned his culinary skills as a source of income and closed the café. Fotowerks would have to sink or swim. And for a time, it did manage to float precariously.

As I said, this was just the beginning. Your father has moved us through many interests and businesses since. Each was successful on some level and each built on an idea or flight of fancy that possessed him. After Fotowerks, I learned to pay attention to his fascinations so as not to be surprised by the business plan that ultimately developed. By following your father’s example, I have learned to commit completely to my chosen interest and trust that the future will take care of itself.

You will note snidely that such a life has not done my retirement fund any favors. But, my only lesson to you is that you will never fly as high as your dreams if you are always aware of how painful the fall can be. Your parents have lived many lifetimes. We have risen and crashed and risen again. Each reinvention of ourselves was sparked by an idea that we invested in and nurtured until it possessed us. In this state of grace, there is no room for fear. You must race and leap forward and reach toward dreams yet to be realized.

Do this and you will avoid a life of regrets — a life of what if’s.