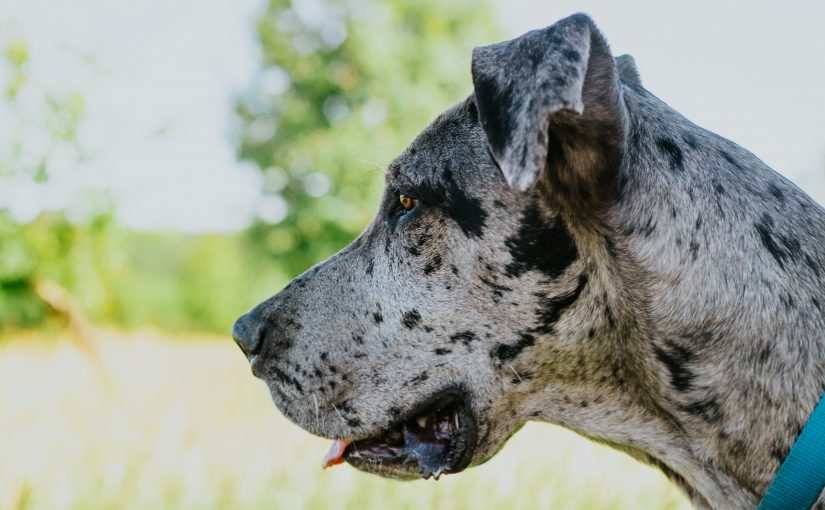 I will be the first to admit we had no idea how to raise a child, so we let the dogs help. Unlike myself, they seemed to immediately understand the meaning behind each squeak or cry made by you. At that time we lived on a large farm and more often than not it was just the four of us: you, the two dogs, and me. Your father departed each morning to work at our photo lab and I stayed home at first because I was trying to be a good mother, which means I was following a lot of confusing advice from a variety of child-rearing books. It was much harder than I had anticipated, having you all to myself; this small bundle that was entirely dependent on me alone. I was full of self-doubt. Out of sheer desperation, I allowed Greta and Fox to become your nannies/sitters/play companions.

To be raised by dogs is not as bad or as farfetched as one may believe. They were quite capable guardians and were a great help to me from the onset. When you needed changing, they informed me. When you were tired and cranky, they provided a soft warm cushion to curl up with that I didn’t have to wash. When you spit up, they’d lick you clean. When you began to crawl, they traveled over miles of carpet with you, keeping you entertained when I could not see the delight nor the point in traversing repeatedly up and down the short hallway or circling incessantly around the coffee table in our double-wide. They ignored your pulling of hair and drool. When you began to walk, they provided support and encouragement by hesitantly walking forward, but never leaving you too far behind, else you become frustrated. And when you were older and steadier on your pudgy legs, they explored the farm with you securely gripping their nylon collars. You became adept at maneuvering under the lowest of fence boards with your hand clutching Fox, as well as taking your first frantic running steps next to his massive body as he trotted from the barn down the grassy hillside toward home.

As sweet a picture as my memory has painted, I will now confess the disaster that arose from trusting those dogs. I misplaced you. More than once, but let’s not focus on that fact. If you recall, I was at one point in charge of a horse breeding and training operation. This is where we lived during your first eight years of childhood. I will refer to it as simply ‘the farm’. It was a beautiful setting and the land was full of its own magick. The fact that this happy place became a dark quagmire is another story. Suffice to say, it has no bearing on this memory.

Where was I? Yes, the farm and the training/breeding operation. Please understand this dream of mine took a lot of my time and energy. I was a professional horseman, or woman, and worked long hours for the owners. So while I rode, or mucked stalls, or groomed, you were in the capable care of Greta and Fox. This arrangement worked well for us and for quite some length of time, but then Fox taught you to run and that’s when the problems began to occur.

I panicked the first time I lost you. I am not proud of that weakness of character. I always imagined myself made of sterner stuff, the type of person you’d want to have next to you in a crisis. But, I am not entirely level headed where you are concerned. Yes, I panicked, and I don’t mean a sudden short-lived fear soon replaced by logic and action. I mean a pervasive terror followed quickly by mindless screaming and decidedly fatalistic imaginings.

I had been exercising a two-year-old mare, Grace, on the lounge-line and had just put her away in her stall when I scanned the grassy barn lot to find you and the dogs were gone. I swear my heart stopped beating. I then began screaming for the dogs and Greta dutifully reappeared. But there was no answer from Fox.

Remember, we were alone on the farm. It wasn’t like a stranger had kidnapped you. No, I had trusted Fox with your welfare, and he had absconded with you or worse — he left you alone somewhere on the three hundred acres we were charged with managing.

I searched the immediate area: the barn, stalls, tack room, the rusty horse trailer, and the well-house — though the door was locked and you couldn’t possibly have gained entry. Finally, I headed to the house to call for reinforcements knowing the first few hours after a kidnapping are the most crucial. I had to get your father home to help me search the woods and possibly your grandparents to make up the initial rescue taskforce before I called in the sheriff’s department.

As I approached our double-wide at a half run and scanned the tree-line, I spotted the evildoer lying on the porch. He was alone and napping. I bore down on Fox. I was so angry I thought myself capable of separating his spotted pelt from his body. But as I drew near, I spied you playing in the dirt of the flower garden. You were happily oblivious to my terror or Fox’s future as an exotic rug. With your sudden reappearance, my heart began beating anew and I sank to the ground, my legs too weak to hold me.

You saw me then; giggled and scampered over to throw your toddler arms around my neck. I, of course, hugged you too tightly and you squirmed until I let go. Too distracted by the hidden joys of mulch and the bugs living just underfoot, you didn’t notice my tears.

And though I thought your guardian to be asleep, he had not stopped watching your every movement. I learned several hard lessons that day. Firstly, as a mother, I have the awesome power to exist after my heart stops beating in order to avenge you. And secondly, that despite my shoddy parenting skills or maybe because of it, the universe was going to keep you safe for me —atleast  for the time being.

After that day, I caged you in a portable playpen while working in the barn. I also never told your father that I had momentarily misplaced you. And as a precaution, I bribed Fox with extra rations that night for keeping my secret. By your startled face, I can see he was true to his word.

If there is a lesson here, I’m not sure it was for you to learn. It was mine. Yet one more reminder that your mother, the mediocre witch, has led a charmed life. I can only hope that yours, son, will be just as magickal.