Broken Promises by Quell T. Fox is a paranormal romance and the first in a trilogy. It is written in first person, which is something that I don’t usually enjoy but after reading the book I realized that this story couldn’t have been told any other way. There are flashback/memory vignettes that are more impactful with the first-person point of view. The writing flows easily and once I’d started the book, I didn’t want to put it down until I’d finished it. It took me a day to read. With that said, I did stumble across several mistakes that could have been caught with another pass by a proofreader or by having Microsoft Word read the book aloud, but the mistakes weren’t jarring or frequent enough to set the book aside.

Broken Promises deals with love and time, favorite themes of mine. Asha’s character is introduced as a serial leaver. She leaves relationships and people as easily as she abandons places. She has always felt like she’s searching for something—but she doesn’t know what, where, or who that may be. This is a classic the heroine doesn’t know who or what she is book. Andrew is Asha’s drool-worthy boyfriend at the beginning of the book. She knows she’ll eventually leave despite moving to Rhode Island with him, the hot sex, and his sweet nature. She just isn’t normal and she knows it.

After arriving at Andrew’s family home, unusual things immediately start to occur. Eventually, the reader is clued in that much of the phenomenon is Jacob trying to find her. This book would have fallen into the love triangle troupe except that both Asha and the reader are already aware that she’s going to leave Andrew regardless of the unusual future Jacob is offering.

Be prepared to dwell over Quell’s explanation of what immortalites are and how they come to be. It can get a bit confusing but if you absorb that bit of information then you’ll probably want to read the rest of the series once book two and three are released. Also keep in mind that this a trilogy. Being a romance, the reader is going to get a happy-ish ending, choices will be made but Asha’s story-arc will not be wrapped-up in a tight bow and that might leave some readers unsatisfied. 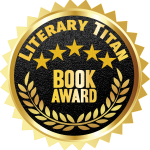 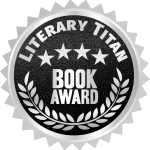